Paddy Donnelly has always love drawing. As a kid, he created stories and characters, a passion that he carried on into adulthood. After working a couple of years as a graphic designer, he transitioned to children's books illustration. So far, he has illustrated seven books for other authors. But a childhood memory inspired him to write his own story about a place back in his homeland, Ireland. Where did the author/illustrator got the idea for this book?

"The story is actually based on a real place, close to where I grew up in Ballycastle in Ireland. It’s a lake called Loughareema which actually does disappear and reappear every few days, depending on the weather."

What is the story about?

"The Vanishing Lake is about a little girl called Meara who goes to visit her Grandad who lives by a lake which disappears and reappears for no apparent reason. She constantly asks her Grandad why it happens and each time he has a more extravagant and unbelievable reason for her. Meara won’t believe any of his stories, but then eventually she may discover the ‘real’ reason.." What is his process?

"I sketch out a ton of rough ideas and then proceed on to thumbnails and detailed sketches of each spread." "When it comes to creating my own author illustrated stories, I tend to have both the images and words appearing in my head at once. Often one single illustration I’ve created, or even just a rough sketch of something can spark an entire story idea, and then I start writing and sketching in tandem. It’s a messy process!" "The landscape plays a particularly important role in this story, so I did have to sketch out maps of the whole lake to make sure I got it right when illustrating the scenes from different angles."

As a kid, Paddy always wanted to either work with animals, draw for a living, or do something in space. Now, he sort of get to do all three in his day job, especially if he works on a book about animals in space :)

"I think my younger self would be very pleased at where I’m at right now."

He surely most be, because his illustrations are amazing, a skill he works hard every day, honing his craft. We're looking forward to many books to come.

Want the book? Get it here now. 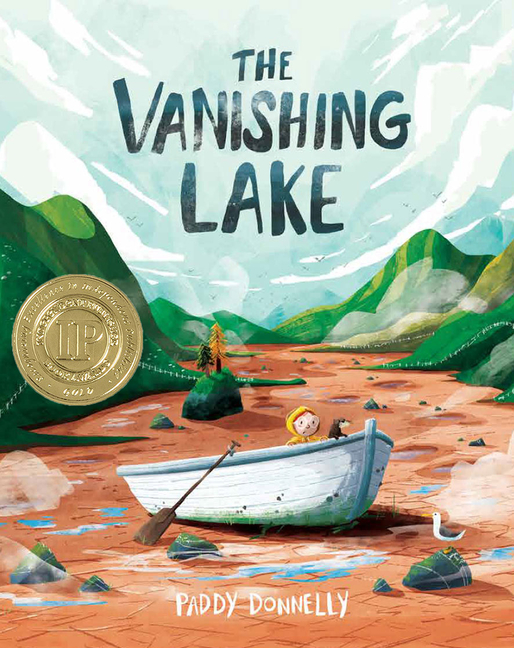 A captivating tale that celebrates a young girl's determination, a granddad's wisdom, and the fantastical wonders of the natural world. Something mysterious is happening at Lake Loughareema. There are days the lake is beautiful, shimmering, and full. And then there are other days when it's . . . empty! Meara asks her granddad WHY the water disappears, but every time he blames far-fetched culprits: Narwals! Mermaids! Giants! Unsatisfied, Meara sets out to uncover the truth for herself. Little does she know the answer is much larger than she realizes, and it'll take stepping back and opening her eyes to the impossible to discover the lake's magic.