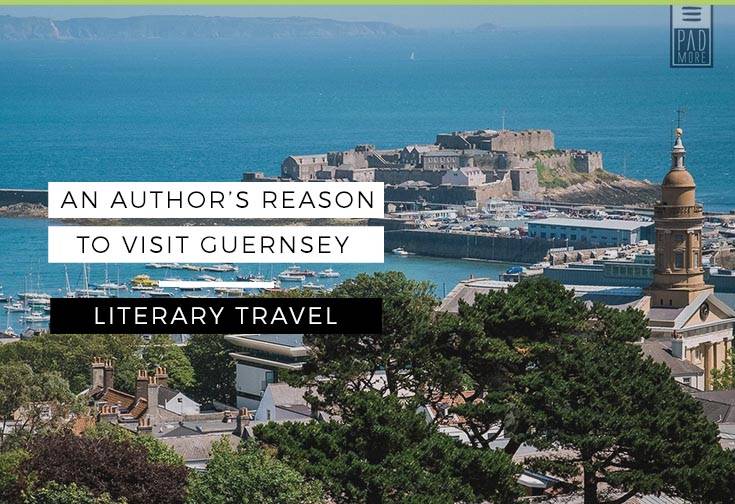 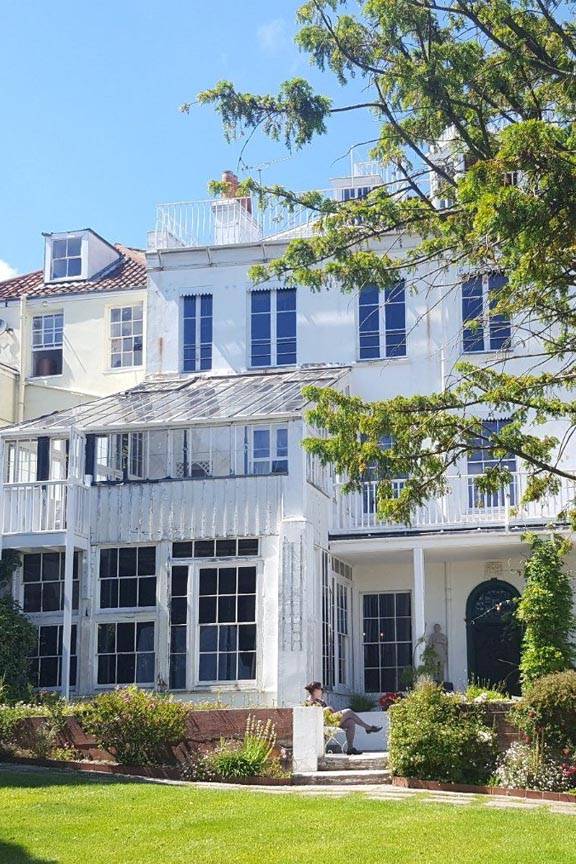 The house is built on 5 floors, topped with a belvedere and overlooks the old town of Saint Peter Port and Havelet Bay.

have to admit that, even though I thought I knew a lot about geography, I’ve never heard of the island of Guernsey until I

read the book The Guernsey Literary and Potato Peel Pie Society. Probably if I lived in Europe I would have heard of it before. But I don’t regret the way I learned about this beautiful and amazing island in the English channel.

Now I have another reason to gush about Guernsey and to recommended it to all authors and book lovers to add to their list of places to visit. It turns out that Victor Hugo, the great French poet, novelist, and dramatist, lived there for almost fifteen years.

In 1851, Hugo fled France after the coup d'etat that brought Napoleon Bonaparte to power. A fierce critic of Napoleon, Hugo was exiled from France for almost nineteen years.

By the time he arrived on Guernsey in 1956, Hugo’s writing had already made him rich. That afforded him to buy a great house in one of the most desirable areas of St Peter Port with views of the ocean. The house is called Hauteville House. 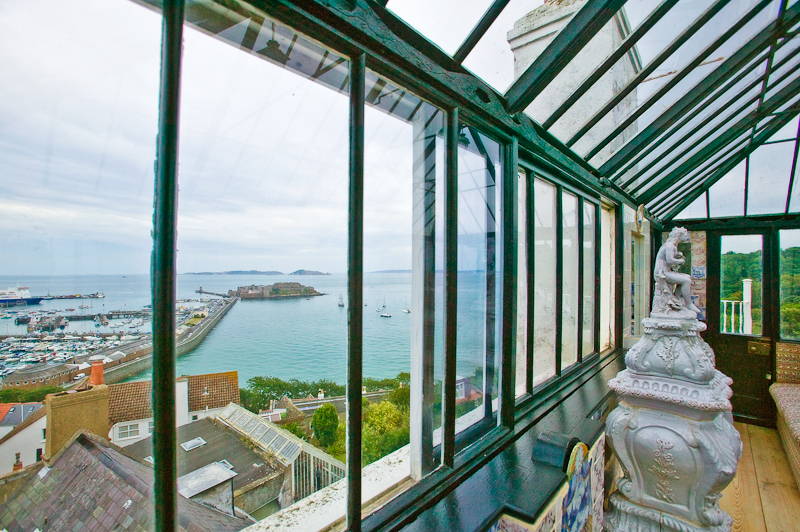 Here, sitting in this writing room called the Crystal Room, looking out at gorgeous, light-filled vistas, he wrote his masterpiece classic Les Miserables.

“I write to you with a wonderful view below my eyes…”

he island had a profound impact on Hugo's life and writing. During his stay, he wrote that “a month’s work here is worth a year in Paris.”

Hugo would typically spend his mornings writing upstairs in the Crystal Room, his remarkable writing chamber overlooking St Peter Port’s seafront.  In the afternoons, he would take walks around Guernsey’s beautiful coastline.

The Bailiwick’s striking coastlines had a particular influence on his work, and the famous “Toilers of the Sea” was his love letter to the island.   Guernsey also saw him write some of his most famous works, including Les Misérables.

Hugo personally furnished and decorated the house and it gives great insight into the author’s daily life. He loved odd trinkets and his mix and match style is evident in every room of the house.

The house is decorated in an unusual and truly unique matter. Antique furniture, tapestries, and bric a brac adorn the rooms, floor to ceiling. The walls are dominated by grand portraits of Hugo and his family, as well as a host of trinkets and souvenirs. 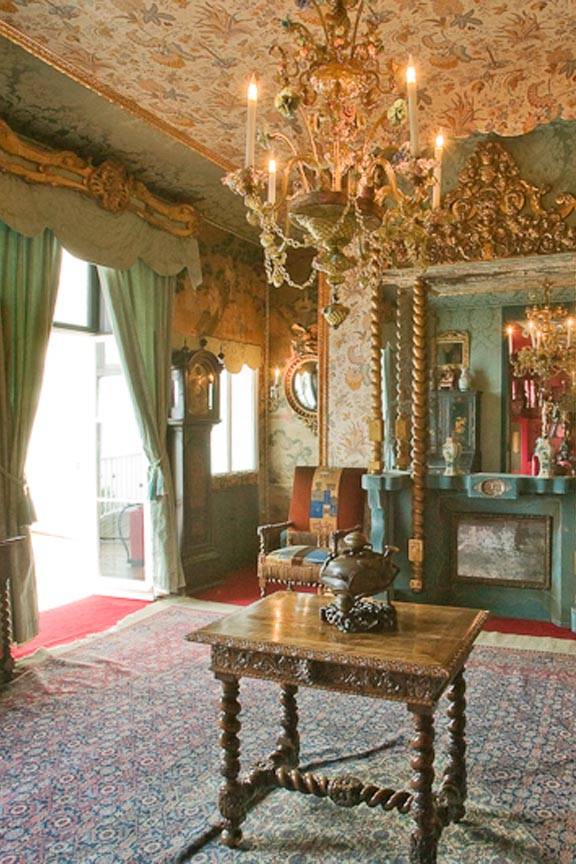 Victor Hugo gave a symbolic dimension to his house with references to his writing, philosophy and his vision of the world contained throughout. 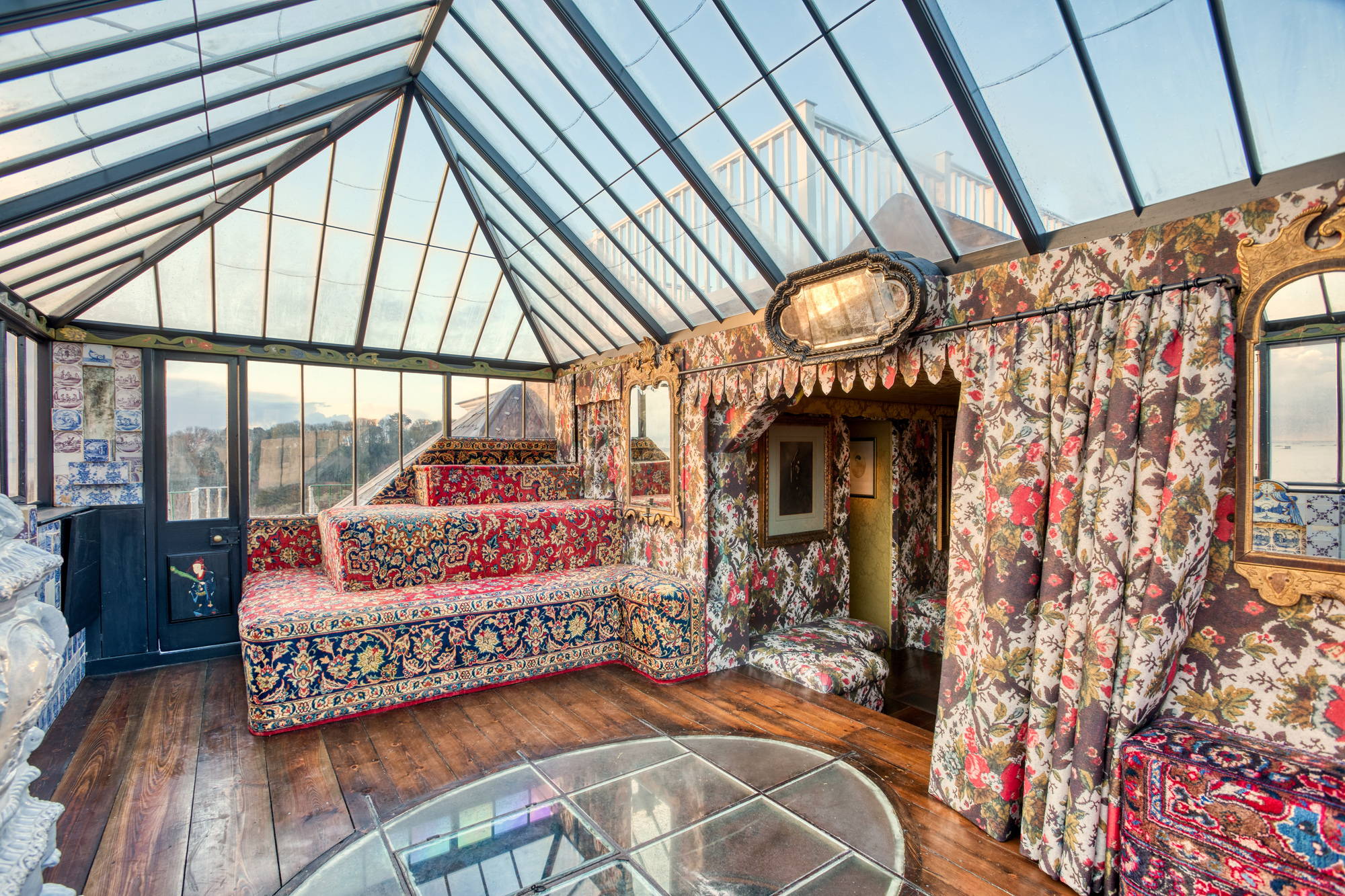 "Hugo personally furnished and decorated the house and it gives great insight into the author’s daily life."

Why was Hugo exiled?

While Hugo ascended to fame in his native France for his literary works, he became arguably just as well known for his outspoken political views.

Having been elected to the National Assembly as a conservative, he broke from his party and professed his more liberal views on issues such as social injustice, press freedom, and the death penalty.  However, when Napoleon III took absolute control of France in 1851, he abolished their democratic system of government. For this, Hugo labeled him a traitor to his country.  His remarks rendered him unwelcome in his homeland and he was forced into exile.

He first moved to Brussels in neighboring Belgium, before deciding to put some more distance between himself and the threats of the new French ruler. He next spent time in Jersey before being expelled for contributing to an anti-royal newspaper, and finally arrived in Guernsey in 1855 where he would remain for the next 15 years.

Despite Napoleon III offering amnesty to Hugo and his fellow political exiles in 1859, the writer stood true to his own principles and refused to return to France, as it would have meant rescinding his criticisms of the government.  Only in 1870 did he finally return to his former home of Paris, when the government fell in the Franco-Prussian War, and even then he frequently returned to his adopted island home of Guernsey. 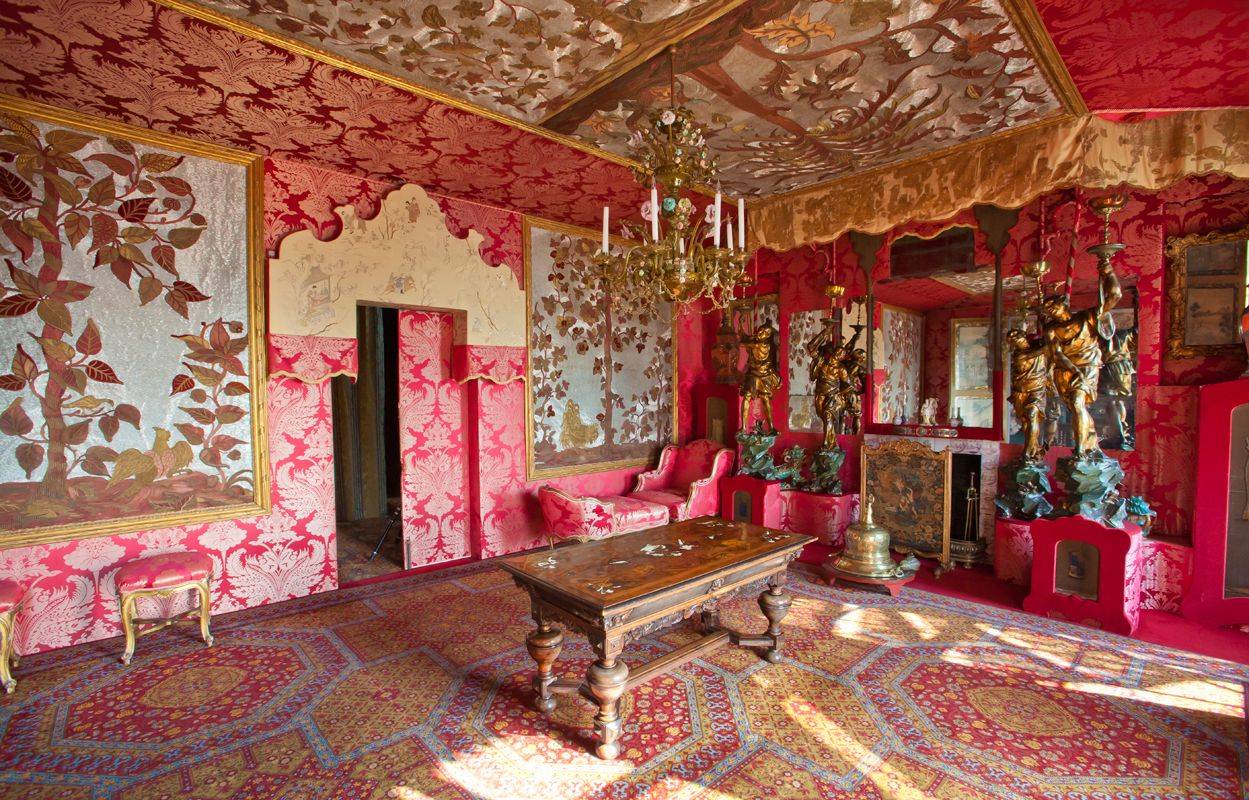 "He loved odd trinkets and his mix and match style is evident in every room of the house."

which he called the United States of Europe.

This glorious garden faces the sea and the Channel Islands, and it surely was ideal for daydreaming and reading. He wrote in Les Mis in 1927, “A garden to walk in and immensity to dream in - what more could he ask? A few flowers at his feet and above him the stars.” Probably he was inspired by his own garden.

After his death, the family kept the house for decades until 1927. The house was donated to the city of Paris by his remaining heirs, specifically Victor Hugo’s granddaughter Jeanne Negreponte and the children of his grandson Georges Hugo. It underwent a full renovation during 2019 and has now re-opened to the public.

Hugo’s legacy has been well-preserved in Guernsey, with references to the man and his works scattered across the island. Schedule a visit, a feel the magic of the place as the great author did in his time. 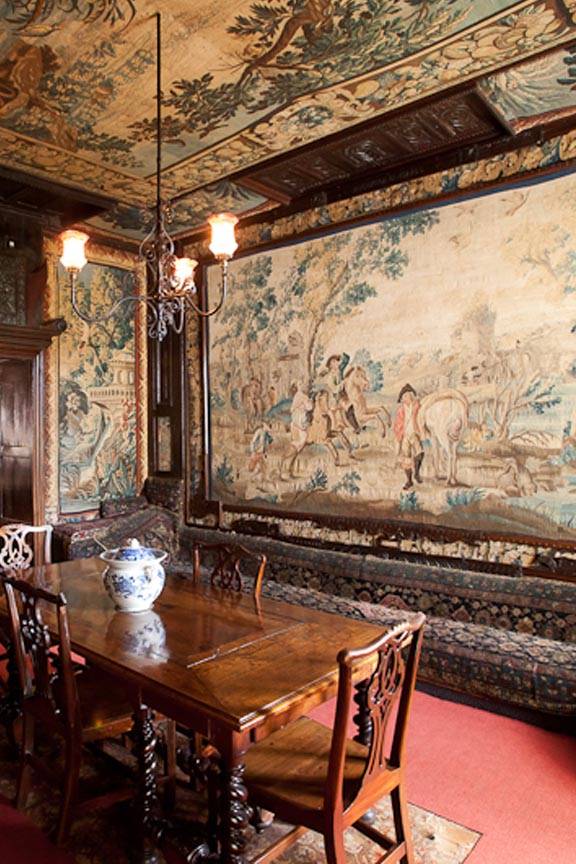 The house is full of ornate, dark furniture with quirky features, including a recycled door turned into a table, and travel souvenirs. 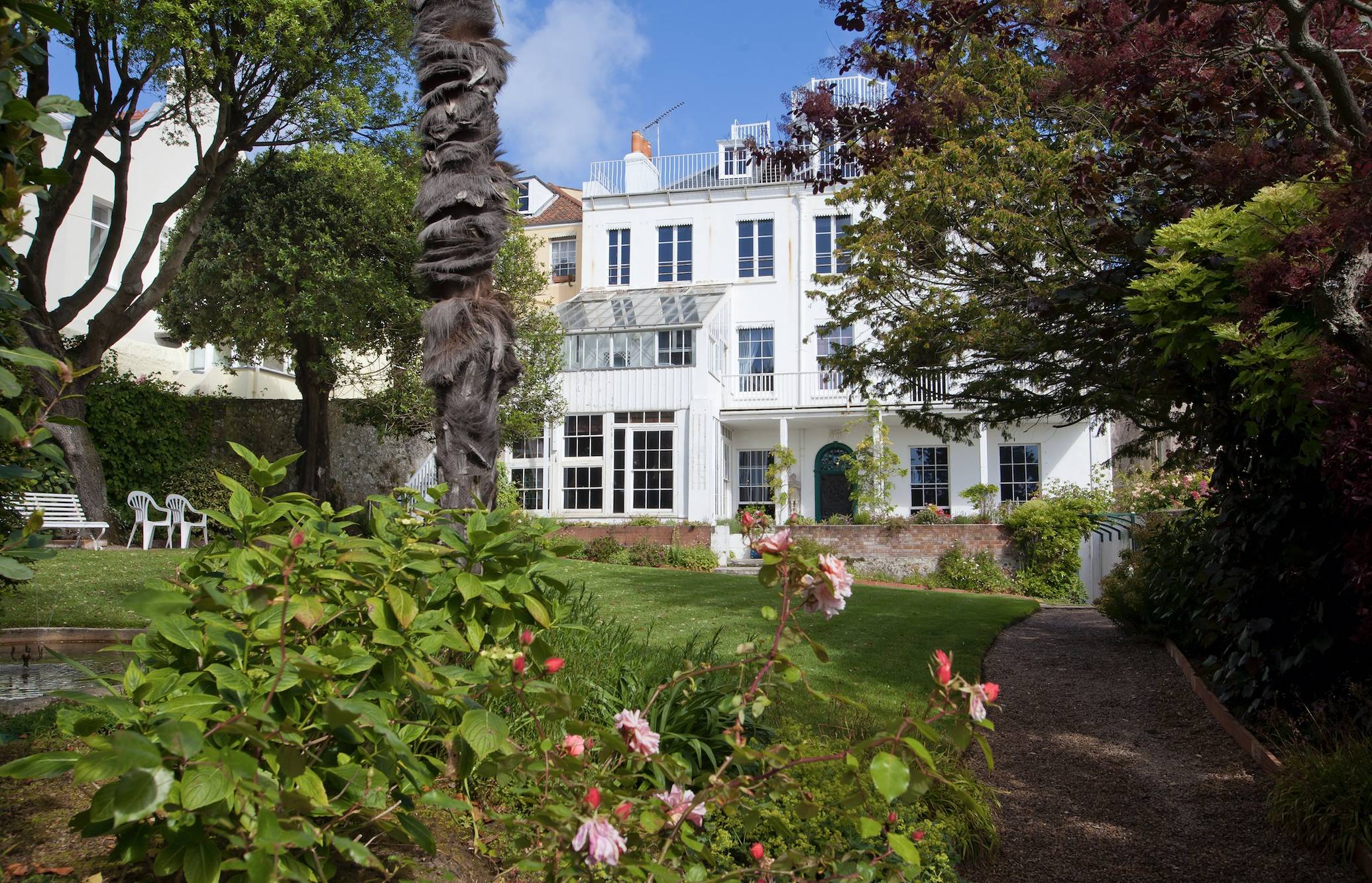 “A garden to walk in and immensity to dream in - what more could he ask? A few flowers at his feet and above him the stars.”

We would like to thank the Guernsey Information Centre for the valuable information provided in the preparation of this article. For additional information or questions, you can contact them at: enquiries@visitguernsey.com

Also, you can plan your visit online visiting their fabulous website where you can find places to stay and the different holidays you can plan on the island. 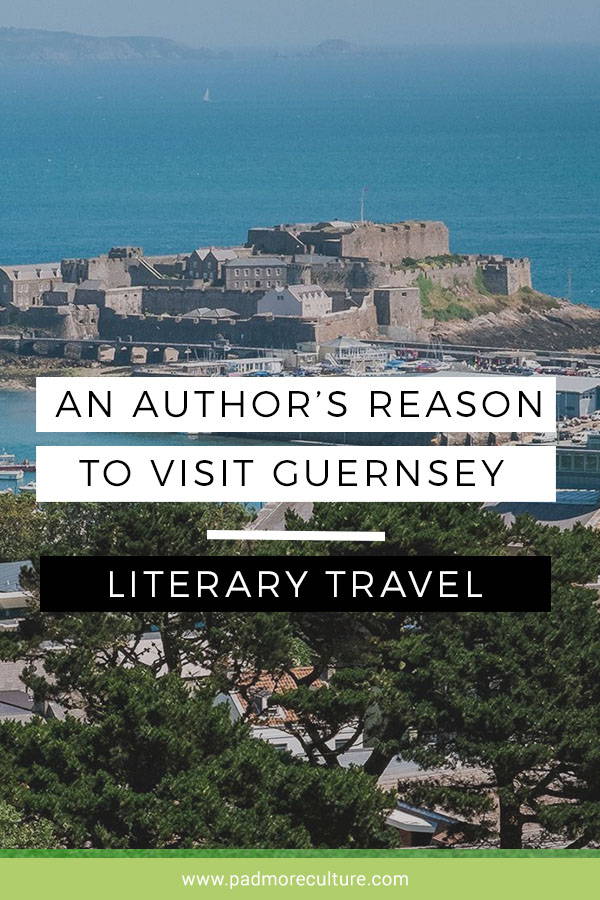