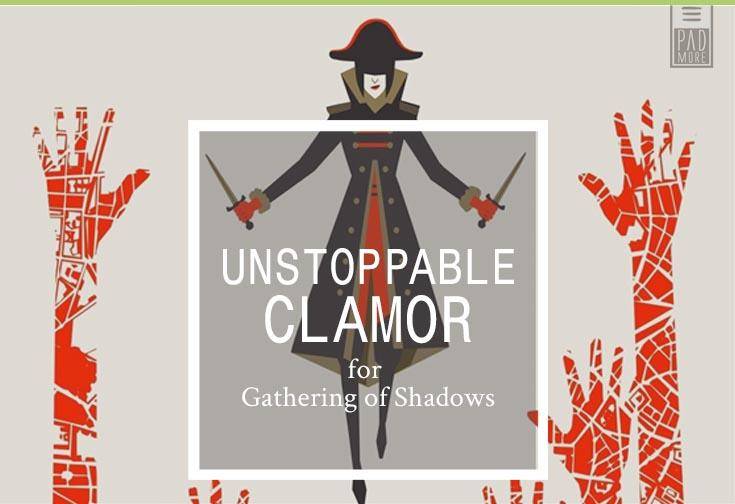 With three years of publication under its belt, Gathering of Shadows is still in all of our minds. The Shades of Magic trilogy has a lot of dedicated fans and one of our guest reviewers is sharing her opinion on the second book.

✨QOTD: What's new releases are you looking forward to this year?✨ • • I feel so out of the loop with all of these books sequels coming out like The Wicked King and Defy Me😅 I haven't read any ya series (other than This Savage Song) in a while so most of the sequels coming out don't interest me since I haven't read the books before it... But some new releases I'm really looking forward to are Bloom and Heartstopper (two graphic novels), We Contain Multitudes, and Once & Future!📚 I'm honestly not sure what books are coming out later in the year😅 so I'm interested to see what everyone else is excited about! __________________________________________________ I was planning on finishing ADSOM this weekend, but it looks like that's not going to happen... *sigh* I have a lot more reading to do for classes than I thought I would this semester so unfortunately I don't know how much time I'm gonna have for the rest of this series and Us Against You between now and May🙃 It's unfortunate but I'm gonna try my best to at least keep reading them even if the progress is slow. I will be making time for Aristotle and Dante Discover the Secrets of the Universe next month though since I have to read it for class and it's been on my tbr forever♥️ (Also Idk why I keep putting series out of order in my photos??🤦🏻‍♀️) • • ~Day 27~ #allthebooksjan19 : ditch the jacket #janshelfawareness : book about traveling #janinbooks19 : character who'd be your BFF....I'd love for Kell and Lila to be my bffs but it's more likely that Rhy would be • • #bookreviewblog #bookblog #starsbetweenpages #bookworm #bookdragon #reading #bookstagram #bookstagrammer #bleedingink #justanotherwriter #authorintraining #blogger #adsom #adarkershadeofmagic #agatheringofshadows #aconjuringoflight #veschwab #aristotleanddantediscoverthesecretsoftheuniverse #winter #snow #plaid #sweaterweather

Four months have passed since the shadow stone fell into Kell’s possession. Four months since his path crossed with Delilah Bard. Four months since Rhy was wounded and the Dane twins fell, and the stone was cast with Holland’s dying body through the rift, and into Black London.

In many ways, things have almost returned to normal, though Rhy is more sober, and Kell is now plagued by his guilt. Restless, and having given up smuggling, Kell is visited by dreams of ominous magical events, waking only to think of Lila, who disappeared from the docks like she always meant to do. As Red London finalizes preparations for the Element Games—an extravagant international competition of magic, meant to entertain and keep healthy the ties between neighboring countries—a certain pirate ship draws closer, carrying old friends back into port.

But while Red London is caught up in the pageantry and thrills of the Games, another London is coming back to life, and those who were thought to be forever gone have returned. After all, a shadow that was gone in the night reappears in the morning, and so it seems Black London has risen again—meaning that another London must fall.

A Gathering of Shadows is much more intense than A Darker Shade of Magic. Schwab has a way of putting words to a page that is incomparable to other authors. The wit that underpins her snarky characters is first class, and Lila is a prime example. What makes it so great is that Lila doesn’t try hard — it’s who she is. A Gathering of Shadows increased my love for her, Kell, and Rhy manifolds, and also sucked me right into the spheres of Alucard and Tieren.

“She carved a fiery arc through the air, marveling at the path of light trailing like a comet’s tail, and remembered the feeling of his eyes on her back as she walked away. Waiting. Lila smiled at the memory. She had no doubt their paths would cross again. And when they did, she would show him what she could do.”—A GATHERING SHADOWS, V.E. Schwab . . . . . . #bookstagram #bibliophile #booknerd #bookishlife #booklover #bookworm #booksofinstagram #readeverywhere #bookcommunity #amreading #alwaysreading #booksbooksbooks #bookstagramit #ilovereading #currentread #weekendreading #whatiread #bookgeek #fantasynovel #fantasybooks #fantasybook #chicagowinter #snowfall #veschwab #victoriaschwab #agatheringofshadows #adarkershadeofmagic #magic

Lila, Kell, Rhy and Alucard each have massive flaws, and yet, I couldn’t help but root for them. Their levels of recklessness are mind boggling but it’s that which makes the plot unpredictable and all the more entertaining. Even though there’re so many different characters, they’re each portrayed with great depth and individuality. Reading A Gathering of Shadows made me feel as though I was an observer present at the sidelines because the characters are so vivid.Before picking up A Gathering of Shadows, I saw many exclaim over the ending. Given the sinister undercurrents that were building up through subplots, I fully expected the outcome. Still, I must say, it especially demonstrates Schwab’s ability to tell the pressing story while keeping in mind the larger picture of a series.

A four hour coach journey is something to look forward to with a @veschwab book for company. #AGatheringOfShadows #ShadesOfMagic

The overarching tale confused me a little at times. I found myself rereading some sections, wondering if I missed out on a few details. They didn’t undermine my understanding, but they did give me pause. In any case, my questions will probably be answered in the next book.Despite the original world building,

A Gathering of Shadows didn’t fully evade clichés: competitions are a staple of dystopians published within the last decade. Schwab, however, managed to spin the Essen Tasch to fit her own creative agenda. It was wholly immersive, filled with a lot of surprises. With that, the quote on the cover from Publishers Weekly very rightly declares A Gathering of Shadows to be “Fantastic”! 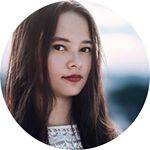 Joséphine is passionate about many things ranging from reading to baking to sports to photography and beyond. She primarily focuses on books, but occasionally she sneak in other personal interests in her Blog, Word Revel.

Thanks to the marvellous bookish community she has developed a particular fondness for #bookstagram, which offers up a wondrous platform to marry books and photography on Instagram. Currently based on this island affectionately known as the Little Red Dot. 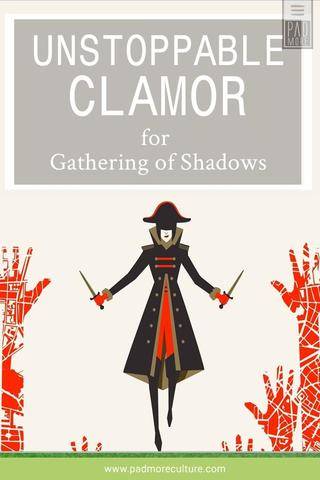